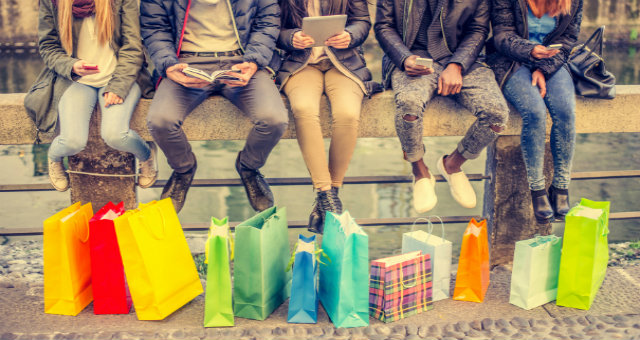 How Not to Blow Your Budget on Black Friday Deals

How to Stop Living Paycheck to Paycheck

9 Reasons Why You Will Never Be Rich

One of the most popular excuses for overspending is because some item is “on sale.” Don’t get me wrong, buying something on sale as opposed to the regular price is a very easy way to justify this excuse overspending.

But what we may not realize is that the item might not be something that we really want. We might feel that we might miss on a great deal.

Don’t buy something just because it’s on sale. The best way to stop making this excuse is to:

1) decide whether you really want that item.

2) Decide whether the cost for that item fits within your budget.

3) Decide whether you would still buy that item if it wasn’t on sale.

After all, a big discount on an item does not necessarily means it’s cheap. Best case in point, a Louis Vuitton bag can be on sale, 50% off, but the original price was $5,000. Do you really want to pay $2500 just because it’s on sale?

On of the biggest excuses for overspending we make all the time is “I deserve it.” We say to ourselves, well I work hard so I deserve a nice watch. We say, I just had a major deal today, so let me get a new car or let me go to Hawaii for vacation, because I deserve some time to unwind.

It is true we work hard and should enjoy our hard earned money, but “working hard” or “I deserve it” should not be excuses for overspending.

Similarly, just because you’ve had a rough week at work or your boyfriend just broke up with you, does not mean you should treat yourself with a new pair of shoes or go on an expensive spa.

The best way to stop making this excuse for overspending is to figure out what exactly makes you feel the way you feel. You may have a long week at work, because you are stressed. Instead of going on a splurge, find a way to be less stressful at work.

Excuse # 3: “I Am Getting a Raise/Bonus/Commission Soon”

This one overspending excuse is a much more persuasive version of excuse # 2. We say well we can spend, because I am getting a raise or bonus pretty soon. So we pretty much start spending money we don’t have yet. This is a big mistake.

We say, my paycheck is going to be more, and therefore I am going to buy a boat. But the problem is that we don’t know for sure whether we are going to have that commission, bonus or raise. Life is unpredictable; anything can happen. You can lose your job. A deal might not go through.

Spending money in the hope that we will receive some money in the future is one of the biggest excuses for overspending, and one that can hurt us more financially.

How to Stop it:

If you have the urge to overspend, at least don’t do it until the money hits your account. Until it does, you simply don’t have that money.

Excuses for Overspending #4: “I Have Been So Good Lately, So It’s Ok to Splurge Now”

You have decided to bring lunch to work, instead of eating out. You have decided to take the bus instead of ubering. You have said “no” to your friends numerous times to go for drinks. If you have had the discipline and the courage to stick to your budget and cut your spending for the longest time, it’s not wise to blow it with a splurge. It’s not wise to undo all your hard work for “being good.”

Make goals and as you reach them, set aside a certain amount of money to splurge. For example, if you set a goal to save $500 a month, once you reach that goal, set aside $30 to reward yourself.

Excuse # 5: Keeping Up with the Joneses

How to Stop It:

Stop worrying about what others have and focus more on your goals and what you need for the future. Take time to think about what’s most important to you.  Never count another man’s money.

Similarly to excuse # 5, one of the biggest excuses for overspending people make all the time is that they want to keep up with their appearances. For example, someone who grew up rich and wealthy might want to overspend on things just to maintain the lifestyle they grew up with even if they don’t have the money to do it.

Similarly, people who grew up poor may also feel the need to overspend just to compensate for feeling deprived as a child.

Stop worrying about what others might think of you. If you really want to project the image of a successful, wealthy person, then work towards that goal instead of pretending you are someone you are not.

These are some of the excuses for overspending that I have heard over the years. Do you you know of any? Please share in the comments below.

How Not to Blow Your Budget on Black Friday Deals

How to Stop Living Paycheck to Paycheck

9 Reasons Why You Will Never Be Rich

Second Stimulus Check: Will I Pay Tax On It?

How to Create Your Own Retirement Plan

5 Best Ways to Promote Your Small Business in 2021

Average Net Worth By Age: Where Do You Stand?

Most Americans citizens, green card holders, or those who had an...

How to Create Your Own Retirement Plan

One of the good things of working for a company is...

4 Simple Ways to Accelerate Your Retirement

The key to a comfortable retirement is to think ahead and...

Average Net Worth By Age: Where Do

A lot of us does not expect to have a net...